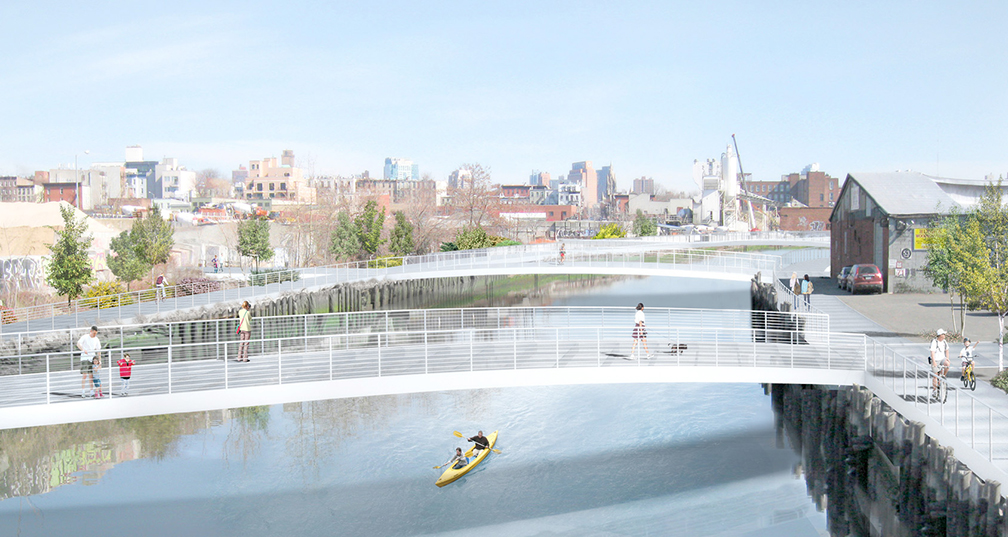 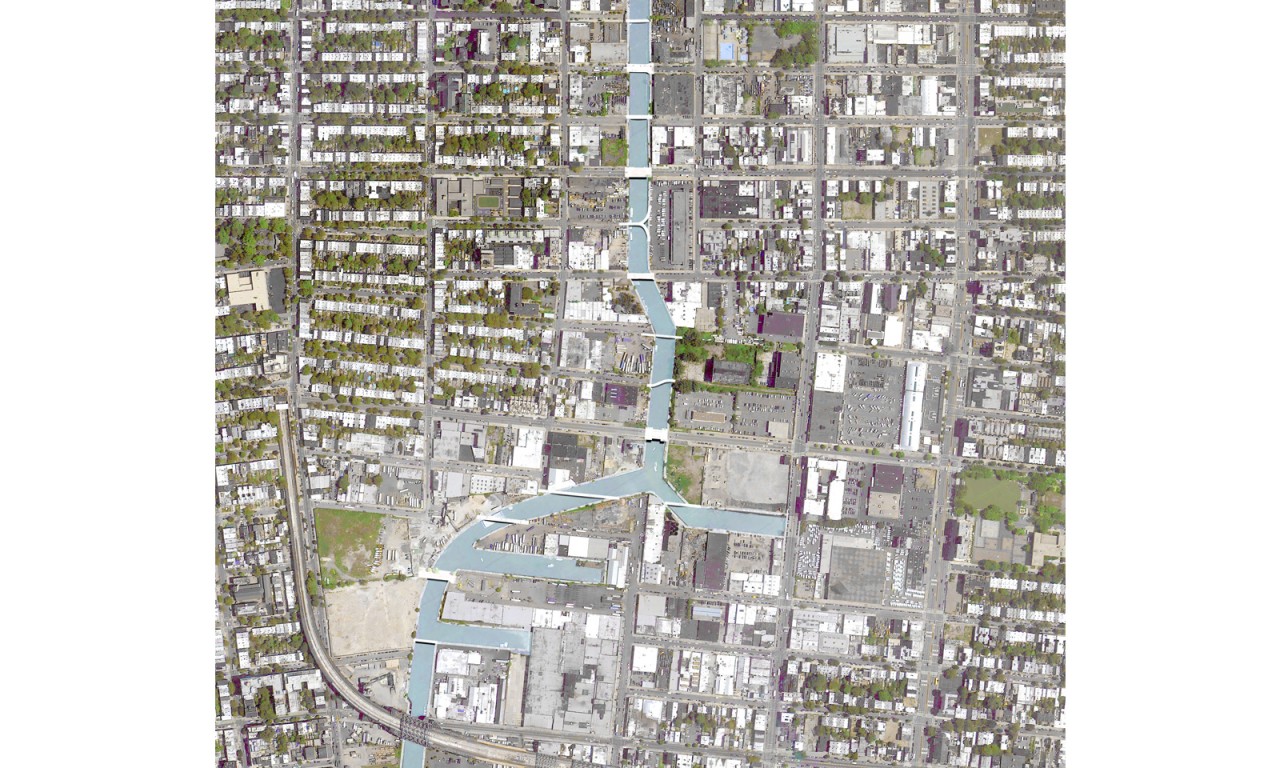 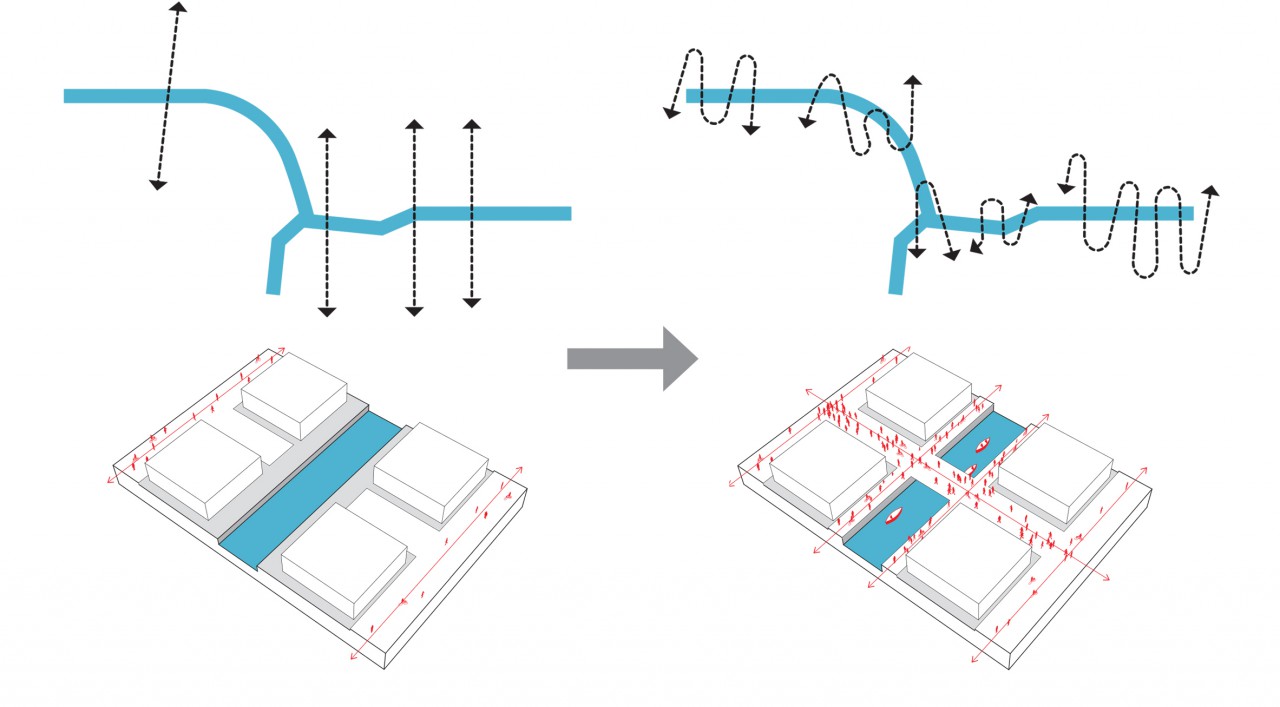 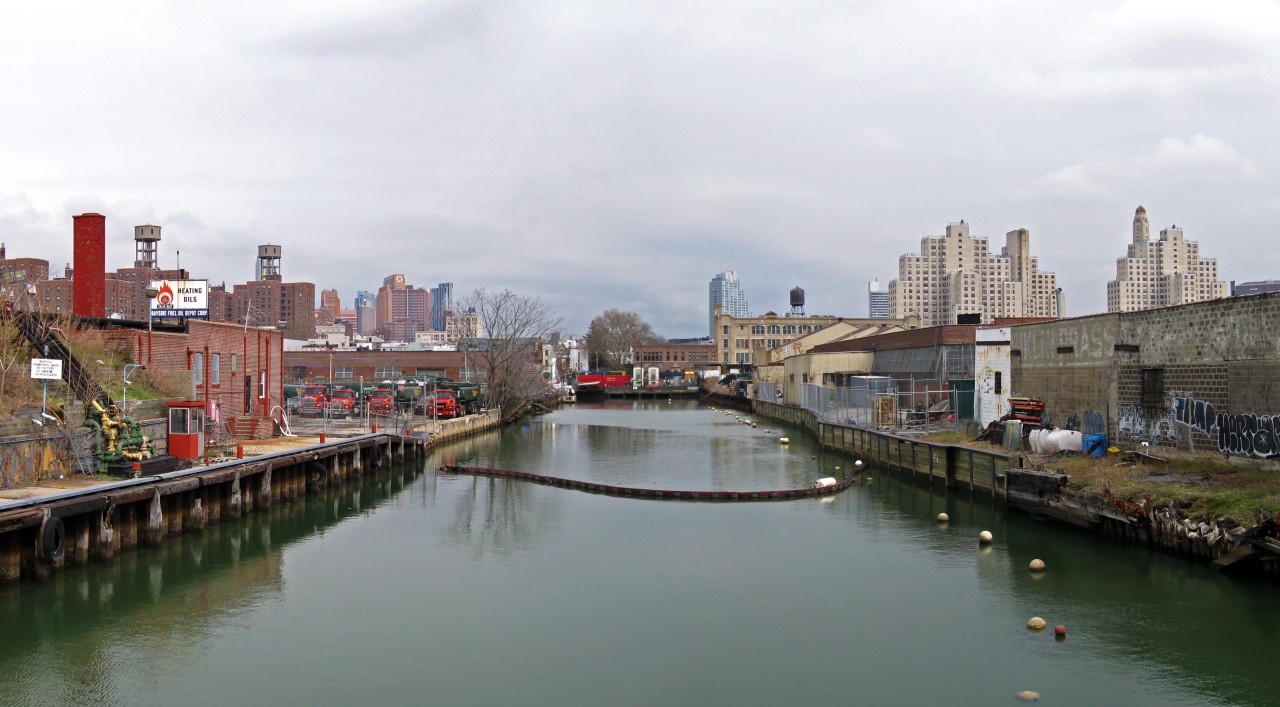 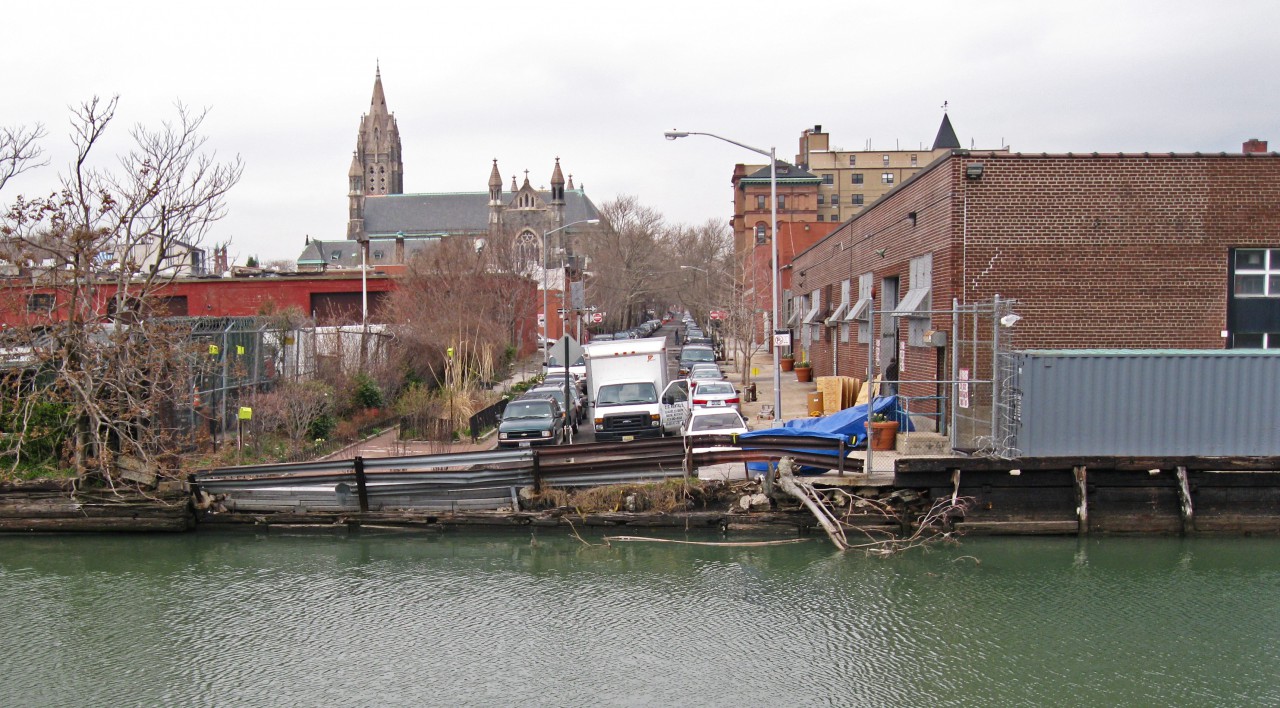 In New York City, the Gowanus Canal runs through prime Brooklyn: Formerly straddled by factories and still polluted from those industrial uses, today the canal forms a border for Red Hook, Carroll Gardens, Park Slope, and other established and gentrifying neighborhoods. As the area continues its rapid social evolution, so the waterway is converting from private to public ownership. In 2011 the advocacy group Gowanus by Design conducted an ideas competition for envisioning the canal as an amenity in this new landscape.

Sharon Davis Design’s submission unpacked the Gowanus Canal’s full potential with a straightforward infrastructural change. The proposal asked, “Can you spark bold transformation by simply connecting dead-end streets across the Gowanus Canal?” Stitching the banks of the waterway together promises to activate pedestrian usage where currently such traffic is limited to existing bridges and their intersecting streets.

Invigorated pedestrian activity should surmount disconnection between neighborhoods, the proposal argues further—allowing residents to share community institutions, recreational facilities, and waterfront green space in a more equitable manner. Such mending would also likely hatch all-new experiences of urban energy, as spaces along the Gowanus Canal allow pedestrians to interact with the environment and one another to catalyze a next generation of positive change.